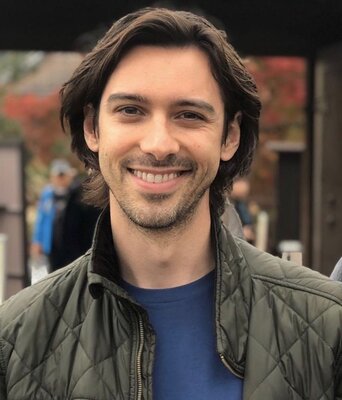 What I remember of my mother then.

I was sitting in the car while she finished packing it, giving me encouraging smiles through the window.

We drove. She sang.

There were hotel rooms. There were drive-in movies. There was shopping for new-life clothes and playing games inside the circular racks. There was Carhenge, a roadside tourist attraction somewhere out west, old cars piled atop each other to replicate Stonehenge. A picture taken by a stranger of my mother and me in the middle where the Druid rituals—or their rusted-car equivalent—would have taken place.

There was lying in bed together or on reclined car seats while she stroked my hair and told me things as though I were not her son.

There was a place called Welcome, where the car broke down. We waited under the big sky and watched the trucks, slow in the distance, slow, slow, then fast as they blew past, tossing our hair about, until the truck that stopped for us. Another hotel outside Welcome. A rental car in the morning. I asked what happened to the old one. Carhenge, my mother said.

Then, finally, there was water. No more road. And panic in my mother’s eyes, a panic that, even at nine, I realized had been there the whole time. There was one more hotel room—this one with a kitchen. There was, on the first morning of that last hotel room, a breakfast of glazed doughnuts from the hotel lobby that my mother warmed in the microwave. This is how I liked them when I was a girl, she said. I took a bite. I took another. I said I didn’t like it, and she looked at me, quizzical, hurt. I felt a shame that I couldn’t fathom, then or now, a responsibility, which couldn’t have been mine but somehow was, for the sudden ocean that met my mother.

There was a man she met at the beach, a late-night monster movie while I waited for her return, teenagers swimming naked in the monster movie and me turning away at the moment of the young man’s nudity—how often, later, would I scold my nine-year-old self for turning away? What did I think would happen if I saw? My mother returned before the end of the movie. She went to the bathroom. She cried. I turned up the movie.

Then, an airport, a plane ride of which all I can remember is the back of my mother’s head looking out the window, down at the blocks of pastures and farmland that I pretended were entire states.

There was my father at the next airport. He looked sad for her. We had dinner at the airport Chili’s, of which I still only remember the back of my mother’s head, and my father’s hand on hers, and my father asking me how I liked my little adventure and what was my favorite part. The doughnut, I’d said.