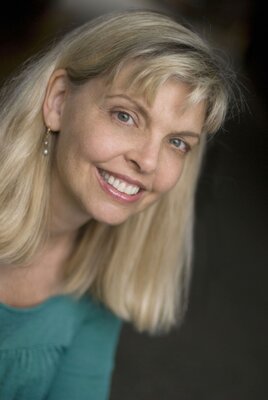 Janet Jennings’ poetry and flash fiction have appeared in Agni Online, Nimrod, Shenandoah, and Verse Daily, among others. She is the author of the chapbook Traces in Water. For twenty years she owned and ran Sunspire, a natural foods company. Janet lives in San Anselmo, California, with her husband and twin daughters.

Up against a high hall window comes a repeating thwap thwap soft as the tap on a drum. A song sparrow flares his red-brown wings, bares a pale, streaked underbelly, flying at his reflection. Daily through November and December he rushes, wide-winged, against the double-paned glass, returns to the fence and does it again. My daughter climbs a ladder, tapes up some paper, but it doesn’t disrupt his swooping. How persistent he is, rival of himself in a loop of false alarm. What is he omen of? Narcissus fell in love, this bird tries to chase himself away. Bird brain, says my husband. But we built this house, put up the fence, the window. Only when I turn on ceiling lights to break the image does the sparrow stop. He throws his body against my thoughts even when he’s gone.

“ A year ago, one of my daughters and I heard a soft thumping in the hallway and found a Marin Song Sparrow flying at a high window—a territorial response to a perceived threat. Through trial and error, we discovered a way to stop the troubling reflection. The natural world is tapping urgently. ”