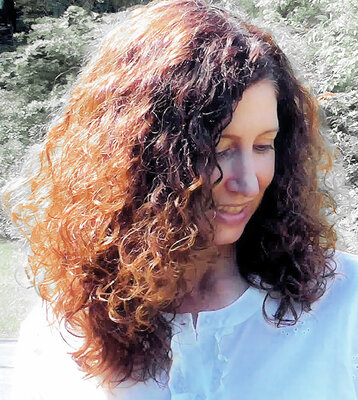 Meg Kearney is author of two books of poems for adults, An Unkindness of Ravens and Home By Now, winner of the 2010 PEN New England LL Winship Award; as well as three novels in verse for teens, The Secret of Me, The Girl in the Mirror, and When You Never Said Goodbye. Meg’s award-winning picture book, Trouper the Three-Legged Dog (Scholastic, 2013) is illustrated by E.B. Lewis. Her poetry has been featured on Poetry Daily, Ted Kooser’s “American Life in Poetry” series, and Garrison Keillor’s “A Writer’s Almanac.” A native New Yorker, Meg lives in New Hampshire and is Founding Director of the Solstice MFA in Creative Writing Program of Pine Manor College. For more information, visit www.megkearney.com.

All the starlings I have known are dead. Summers I’d scrape them off the school house lawn—their nests on the edge of a slate blue roof—babies featherless, heads too heavy, breathing shallow as promises of drunks. I’ve known a few of them, too, heads dipping and rising before the final plunk. There’s only so much you can do, which by age seven or eight I knew about drunks, but baby birds I thought might be saved with an eye dropper filled with milk. Some mushed-up worms. What I wanted to shove down their throats was song, echo of their parents’ cartoon chirps, their imitation coughs of crows that peppered the school yard willow. Damn. Starlings will mimic anything: drunkard’s bellow, eighteenth-century allegretto. Mozart once bought a pet starling when it whistled his G major concerto. He was flattered, I am sure, though maybe too like me he thought a song could save a thing. Could save a starling, anyhow. I buried those babies on the school’s vast grounds. Marked the place with stones. Winters I would visit there while my mother drank alone. Quiet, I’d tell the babies’ ghosts as their murmuration rose far above the schoolhouse roof its belly full of stars.

“ ‘Starlings’ is part of a collection titled All Morning the Crows, winner of the 2020 Washington Prize and forthcoming from The Word Works Press in June 2021. Like the rest of the poems in that collection, ‘Starlings’ was partly inspired by Diana Wells' 100 Birds and How They Got Their Names (Algonquin 2002); it was from her book that I learned the story about Mozart. ”