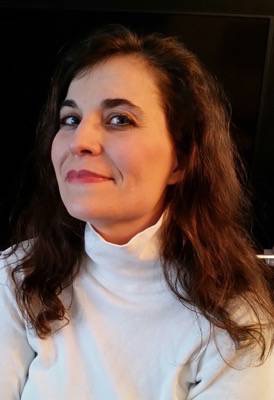 Melissa Ostrom teaches English in rural western New York. Her fiction has appeared in The Florida Review, Quarter After Eight, Portland Review, and Nat. Brut, among other journals. Her first novel, The Beloved Wild, is forthcoming from Macmillan in the winter of 2018.

For Every Pain, Consolation

At Honey Creek Home, the television lights the living room from noon to midnight, a curving banister supports a chairlift, twelve women share large-print Harlequins, and Shelly works weekdays in the kitchen from six in the morning until two, her position for the last eight months, the first job she’s held that she doesn’t mind people knowing about.

Shelly has lived for a third of the average resident’s years and likes hearing herself called, with vague affection, Young Shelly, after three decades of feeling tired, finished, old. Her daily schedule begins when the former one ended, morning but still too early for light.

In the large kitchen, until she reaches the switch, just the microwave’s hour shines. Pine Sol and last night’s pot roast hover, before other smells begin to bloom: coffee, bacon, toast. As Shelly starts serving, the sun enters the room, startling the sink window first. Across the floor, the light paints a diamond, sharp or blurred, depending on the weather. The predictability of this certain slant bemuses her. Before here, had she ever stayed long enough in one place to realize such a thing?

Shelly knows which residents may eat grapefruit and who needs prunes. There is Mrs. Mula, the English muffin eater, Mrs. Spitzer, who likes Fiber One mixed with blueberries, and Mrs. Dunn, who prefers Shredded Wheat with half a banana sliced on top.

But Shelly’s confidence staggers and slinks away when Marina arrives at ten. The cook for lunch and supper, Marina is big and fast. She handles six hot burners, and two ovens besides, like a mother with many young children, pulling a wanderer back by the shirt, heaving the crier to the hip, shuffling two fighters apart, with no apparent effort. The kitchen obeys Marina.

Shelly, meanwhile, cleans up after breakfast and begins a clumsy performance of dinner prepping, losing a slippery potato down the garbage disposal, making a mess in the sink with carrot peels, and carrying up from the cool basement the wrong kinds of apples for the pies.

Marina, not mean but quiet, keeps to herself. Shelly reads this distance like a judgment.

Then, hunched over the sink, quartering an apple, Shelly slices open her thumb. She grabs a paper towel, waits for Marina’s notice and scold, sure she’ll hear it now, certain she’s got it coming to her, poised for when Marina, flat out, will ask how a thirty-year-old woman can go her entire life without learning how to properly peel and chop a piece of fruit.

Shelly tries to hide the bleeding in the paper towel and silently censures herself for her stupidity. She can’t cook. She can’t do anything very well. What she spent most of her life learning isn’t useful in a kitchen.

Marina halts when she spots the sloppy bandage. “Heavens.” She indicates the kitchen table with the ladle. “Sit.”

After twisting a burner to a low flame, Marina disappears into the pantry and returns with a small box. She settles across from Shelly, takes the slight hand in her own, and removes the paper towel wrapping, clucking at the blood, examining the small injury, saying shortly but not unkindly, “Ought to take your time with the chopping. No rush. The ladies aren’t going anywhere.” Then she swabs the cut with hydrogen peroxide, dots the Band-Aid gauze pad with a dime’s worth of Neosporin, folds the bandage neatly around the thumb, and (already rising) briefly pats the back of the hand.

Shelly gives herself over to the ministration. She experiences it with a strange and pleasurable languor. She spends the full minute of the procedure dazed, lulled, heavy, immobilized—with gratefulness—and stricken with awareness. This contact, the brisk care, the impersonal pressure wrings something from Shelly, though not from her mind, maybe not a memory at all. More ancient than that, a reaction culled from the skin. Her skin recognizes this about Marina’s dry grasp: not a taking hand. Rather, the hand of someone she might love. Yes. Shelly could love this Marina who tends to her fleetingly. And afterward, back to the apples, standing on the diamond cut by the sink window’s portion of light, Shelly thinks, fervently, like one making a vow, that she would cut herself again, a dozen cuts more, to have Marina hold her hand like that a second time.

The False that Feels Real

At one o’clock, Kayla is resigned. She tosses her overnight bag in the backseat of her car and leaves for the hospital. She drives herself because there is no one to drive her. She didn’t expect to need help so soon.

Her stomach clenches. She presses hard on the gas, thanks God it isn’t snowing. The books all say: count. She counts the seconds between contractions. Counts the days until her due date. Estimates the miles to Lakeshore Hospital. Estimates costs. And damn, what a waste of money—cash she hasn’t even earned yet—if the doctor says, Braxton Hicks. Stay hydrated. See you in three and a half weeks.

Kayla imagines the nurse and doctor’s speaking glance (new mothers!) and rehearses her apology. She is embarrassed already. Then she forgets to be embarrassed because pain like a waistline noose is choking off thought and feeling.

When the contraction wanes, she arms her damp forehead. She ought to count hours, too, how many hours a hospital visit for a false call might take because she works at five. She plans to work, needs to work, until the last second. Seconds. Shit, how many seconds between the last two? Here’s another. Oh, God, maybe not so false. Who to call? Meghan first. She’ll cover her shift, at least for tonight.

Contractions, seconds, miles, weeks, dollars: too much counting to keep track of then another contraction besides and a truck up ahead going under the speed limit, under by half. And a stop light ahead glowing orange then red. Turn, turn, turn, she wills the truck, but it doesn’t flash its signal, and she’s stuck staring through a windshield that has become a frame for Huge Truck. Shiny red metal. Empty bed. A bumper sticker, shaped like the US, the western half claiming, We’re full; the eastern half, So get the hell out.

This offense: on a big-ass truck. And yet here they wait at a light on the Ridge, the main stretch in a town of fields and fields and fields, to the left and the right, winter-ravaged, licked with ice, separated by thin woods, the trees black against a white sky, their branches like thin hair combed to cover a pate.

She looks up sharply, refuses to give the truck her attention, and glares at the light instead (Change, change, change) then at the left lane of the road, white from salting, then at the white sky, white fields, and the black of the branches, thriving, growing just so, elegant, austere. The precision of winter. And another contraction. She closes her eyes against the pain and flares them wide. Help.

The light turns green. The truck lumbers along.

Too slow, too slow.

She hates this man ahead of her. She hates the proprietary way he hogs the road. She hates his hateful bumper sticker. She hopes he has a daughter and this daughter falls in love with a person of color and fills the world with beautiful dark babies. She hopes he dies. But not this second because she needs him to go faster. Another clenching pain to gasp around. Please, please.

Two lanes, cars coming from the other direction, and solid lines barring passing besides.

Forget that. Kayla puts down her window, waves wildly.

And now the driver is frowning in his rearview mirror, a hand, palm up, in a hover by his balding crown, too bald even for a comb-over. He puts down his window.

She sticks her head half out of hers, screams, Baby! Baby! Move over! I’m having a baby!

Wide-eyed, he hunches in his seat, veers fast. The tires skid, kicking at gravel.

Now she’s crying, weeping in relief. She raises a hand in thanks and heartfelt forgiveness (she’d forgive the devil in this moment), thinks, thank you, thank you, seriously, thank you! Then she gasps because this man is speeding behind her, catching up, coming in close.

Her gaze collides with his in the rearview mirror.

He nods, a measured nod.

She stares straight ahead. What the hell?

But he keeps following her, not tailgating, but near enough, even though she’s flying, five miles, ten, twenty over the speed limit then slower but not slow enough given the speed limit and the spattering of houses and Alma’s closed shops and closed cafés and busy dollar store and—finally!—hospital.

Her car squeals into the lot. She parks fast, triggering the tightening of the seatbelt when she hits the brakes, her whole bounding body checked, held back. She kills the engine and hauls herself out. And as she reaches into the backseat to retrieve the bag, her water breaks. It pores down her legs. It doesn’t stop. She is a human waterfall.

The slow old white guy is waiting behind her, sunrise pink climbing his jaw, arm out, a bashful bent. When she turns her amazement on him, he mutters a querulous, Oh, dear, oh, dear, let me help you.

And because another contraction takes hold of her and she needs an arm to grasp, needs someone to prop her up while the agony presses down, she grips the waiting arm, grips it hard enough to wring a yelp out of the stranger.

That’s right, hang on. Got to get you inside. It will be okay. This kind of thing…must be awful, but golly, it happens every day everywhere. Happens all the time.

That doesn’t make me feel better, she says through her teeth and thinks, Golly? Who uses the word golly?

Sorry. You’re right. What do I know?

I’ll just shut up then.

Thanks. And, well, thanks.