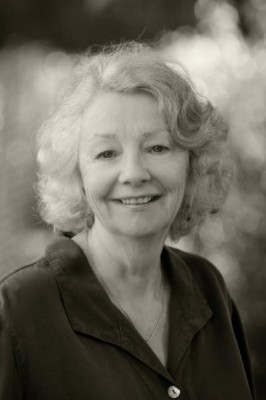 Jeanne Wagner is the recipient of several national awards, including 2011 Inkwell Prize and the 2011 Beullah Rose Prize from Smartish Pace. Her poems have appeared in Southern Poetry Review, RHINO, Cincinnati Review, Alaska Quarterly Review and Ted Kooser’s American Life in Poetry. She has five collections of poetry, the most recent, In the Body of Our Lives, was released by Sixteen Rivers press in 2011.

I was the curse in cursive, came of age clutching a chewed yellow
pencil,
watched it smear my mind’s most ardent lines. I saw the small
spiky freight
of my letters slide off the pale blue rails, waited for the inevitable
betrayals
from cottony paper thirsty for ink, was chided for my careless
blots, inevitable
erasures, those accordioned rips, like flapped up window shades,
that lay bare
the shameful space hidden behind my words. Some days I
pretended
I was a scribe, one of the saintly ones who sat at a wooden desk,
light from
a mullioned window washing over the pure vellum on which I
formed my
perfect majuscules. Other times I envied the innocent script the
nice girls had,
circles like halos overhanging their i’s, because they wanted to
open themselves up,
their letters evenly spaced and holding hands like the families
five-year-olds draw,
fingers looped like ells or lobed like the petals of their prelapsarian
flowers.
Our teachers warned us that character is revealed in handwriting,
our signature true
to its word, the sign of our nature. Already I knew my life was a
forgery,
waiting to be detected by experts. Sooner or later I’d be caught
and the name
I never chose and so artlessly formed would turn up as Exhibit A,
evidence against me.

“ When I wrote this poem I had just read about how schools were beginning to either eliminate or place less emphasis on cursive. It brought back painful memories of my own futile struggles for perfect penmanship (even the word seems quaint now) in an age that equated handwriting with character. ”